Skip to main content
January 25, 2009
I just counted 13 white-tailed deer in the backyard. I don't have to work until the afternoon, so I was having coffee and some leftover apple pie by the window. They ran into the neighbor's hay field and then into the woods.
Also, 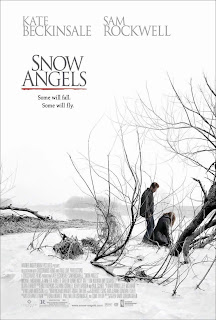 Snow Angels, 2008, Dir. David Gordon Green
I have a STACK of books and documentaries and films from my library, but...I've watched this film five times since Tuesday.